I know, I know... Ever since Samuel started school and I went back to work, I have dropped off the face of the earth when it comes to blogging! What can I say??? Life is busy! This year has been harder and in different ways than I thought (and I was expecting hard) but in the midst of it all, my incredibly resilient Samuel has continued to thrive. One of my last posts was about Samuel's First Day of School and in that post I shared some of my concerns as well as some very specific prayer requests regarding Samuel's upcoming year of school. As the school year has come to an end, I knew there was no way I could not come back on here and acknowledge the great things God has done for us in this area of our lives. Ephesians 3:20 says, "Now glory be to God, who by his mighty power at work within us is able to do far more than we would ever dare to ask or even dream of—infinitely beyond our highest prayers, desires, thoughts, or hopes." (TLB) This is one of my life verses and I have seen God fulfill it yet again this year in regards to our experience with Samuel's first year of school. To show you just how much God has answered my specific prayers, and has gone above and beyond in doing so, I'm going to copy my three prayer requests from last September below and speak to each individually.

#1 - That Samuel would have favour with his teachers... One of Samuel's greatest needs is to have a positive bond with the adults caring for him... this is what will make the difference between him tolerating school and loving it. So, I am praying that Samuel's teachers would fall in love with Samuel as so many of us have, that they would have a special place in their hearts for him and that they would be just a little extra attentive and a little extra nurturing towards him.

When it comes to this one, I don't even know where to begin. Samuel's teachers have surpassed what I even thought was possible to find in a public school teacher. I can say with absolute confidence that Samuel's teachers not only cared about him but genuinely loved him. I saw it at Samuel's first IEP meeting where, after having him in their class for a mere two months, their eyes welled up with tears in speaking about how much he had already accomplished, and I continued to see this in countless other ways throughout the year.  While I could see that they are amazing teachers with all the kids in their class, they absolutely had a special place in their hearts for Samuel and were so attentive and so nurturing towards him. As far as Samuel was concerned, his teachers were like family. He whole-heartedly loved them and as a result, he loved school as well. If I could have lined up all the teachers in the world, I am certain that I could not have hand-picked two teachers more perfect for us this year. The incredible, genuine care they have shown for not only Samuel but for me as well as been more than anything I ever could have imagined.

# 2 - For just one child in Samuel's class to truly connect with Samuel. I'm not expecting best friends, play dates or even birthday party invitations...

Once again, I underestimated my son (and my God!). Yes, Samuel connected with the kids in his class. He also has not one but two best friends, has had multiple play dates and even a birthday party invitation (where the mom told me that as far as her son was concerned, Samuel was a must have on the list)! Don't get the wrong idea, Samuel is still very much working on his social and play skills and play dates with Samuel may look a little different than they do with other kids, but the kids who identify themselves as his friends accept him for who he is (as do their moms!) and I just got a call from the mom of Samuel's 'best friend' last weekend because her son was already missing his friend Samuel and wanted to know when he could come over and play! I couldn't ask for anything more than that.


# 3 - That Samuel's aid would have wisdom in how to teach him, include him in the class, and push him to reach his fullest potential... I'm praying that his aid would have the wisdom to see past Samuel's 'games' pretending that he doesn't know something, that she would see his great potential and how smart he really is and that she would know how to teach him in a way that will enable him to learn as much as he can.

Academically, Samuel has far surpassed all of my expectations and that is in large part because of his incredible integration aid. My academic goals for Samuel this year included being able recognize all 26 letters of the alphabet (upper case OR lower case), being able to independently write his full first name and being able to trace straight/curved lines, letters, numbers, etc. Well, Samuel knows all of his letters (upper AND lower case) along with their corresponding sounds, was writing his first name by November and now writes his last name as well, can write all of his letters and numbers to 20 and can copy out full words independently. Samuel has also begun sight reading, is beginning to develop some French vocabulary and has shown great improvement in his cutting, pasting, drawing, etc. Samuel's aid  absolutely saw Samuel's potential and she pushed and challenged him every step of the way. In addition to all of that, she loved Samuel like he was her own and I came to trust her with Samuel as much as I would any member of my family. With every achievement, large or small, Samuel's aid as been just as proud of him as I am and it is clear that Samuel works hard to please her. All in all, she has been everything I hoped for and more.

I realize that may have been more detailed than you care to read, but I wanted all this in writing for myself to come back to in the future and remember what God has done. In a difficult year, God's hand has been so evident in this area of our lives, proving that we never walk alone and that I can trust Him to work out His good and perfect plans for my son, even in the midst of the chaos.

Thank you for all of you who continue to pray and check in on my blog or pop me an e-mail, even after nearly a year of silence. Our lives being what they are, I will make no false promises to update more often but I so appreciate your prayers. Just in case I don't blog again for another year (which is more than likely...) I will not leave you without what I know you all come here for. Here is a recap of Samuel's last year in pictures :) 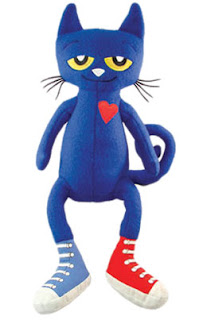 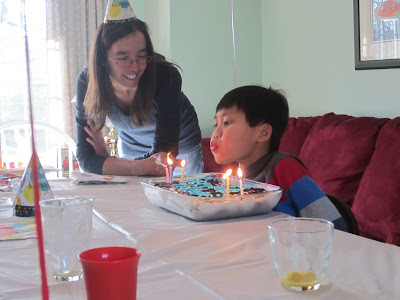