Today is Samuel's one year adoption day anniversary. I described that day last year as both a beautiful and heartbreaking day, which is was, and I encourage you to read all about it here. Today however was pure beauty.

I've wanted to have Samuel dedicated since I brought him home but have been waiting for the right timing. As I began planning for his dedication sometime this summer, I realized that his adoption day fell on a Saturday this year and I could not think of a better way to celebrate.

We had Samuel's dedication outdoors at a park that is very significant to Samuel and I.
(another story for another time, perhaps) 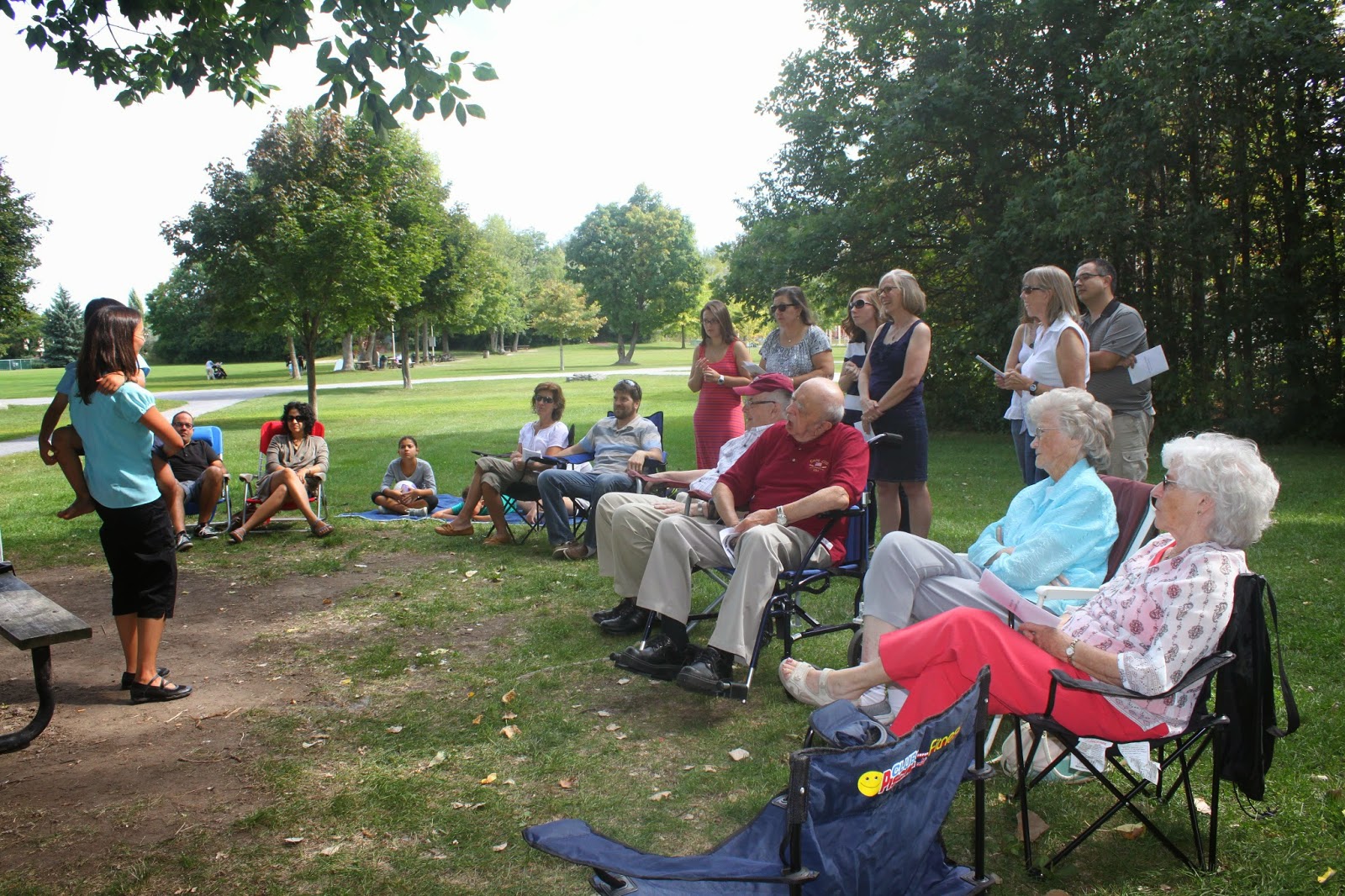 Unfortunately, with the long weekend I was unable to get a worship leader as I had hoped to but it worked out... My pastor graciously agreed to help out in this area but we almost didn't even need him! Something that most of you don't know is that Samuel is a future worship leader. Seriously, Samuel is passionate about worship (I'm not entirely sure how or why but he has a very strong preference to worship music over any other type of music) and spends hours a week 'practicing'. I didn't think he'd end up singing much (or at least not very loud) in front of all those people but he pretty much took over (my poor pastor didn't know what he was getting himself into!). 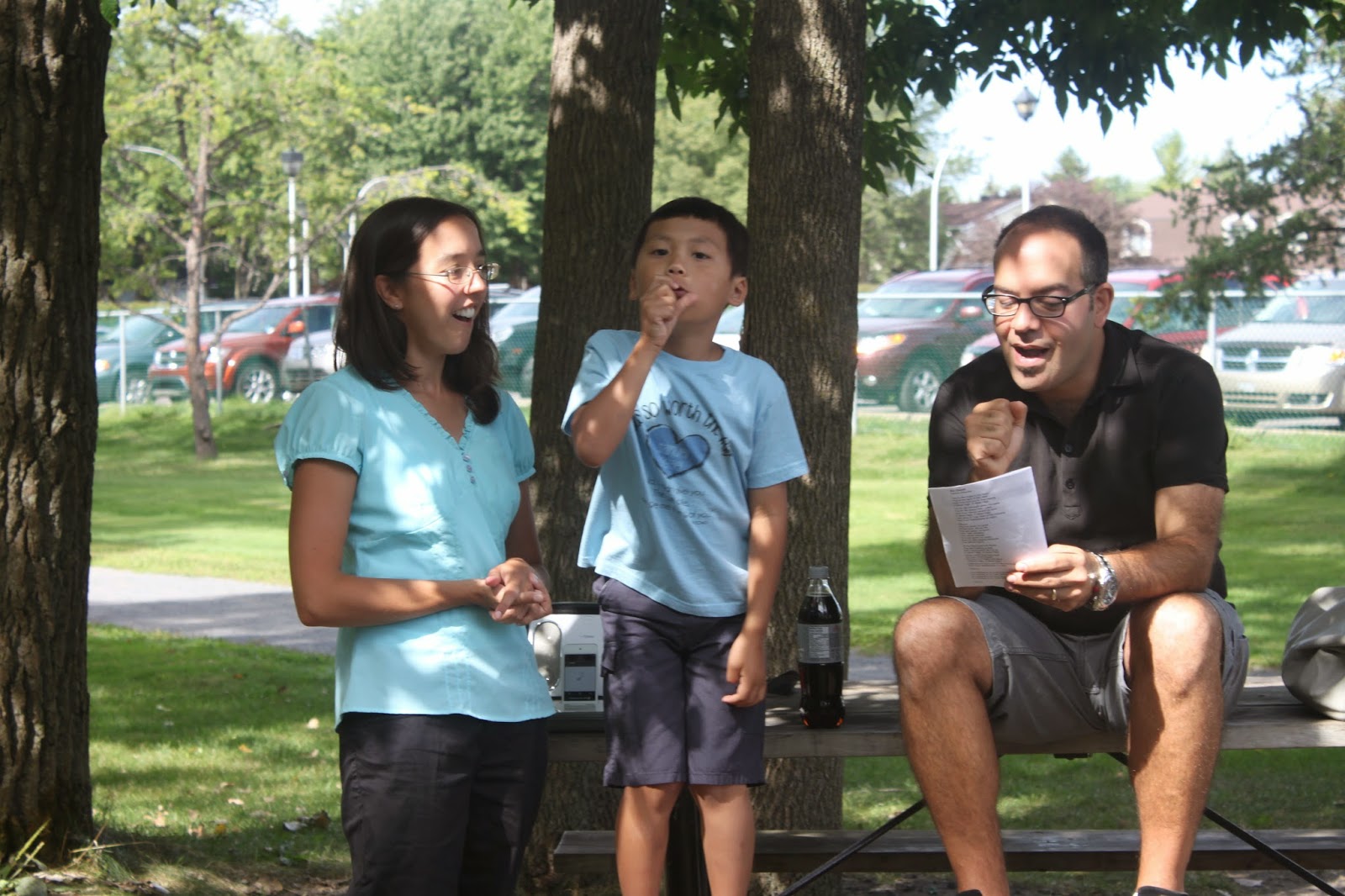 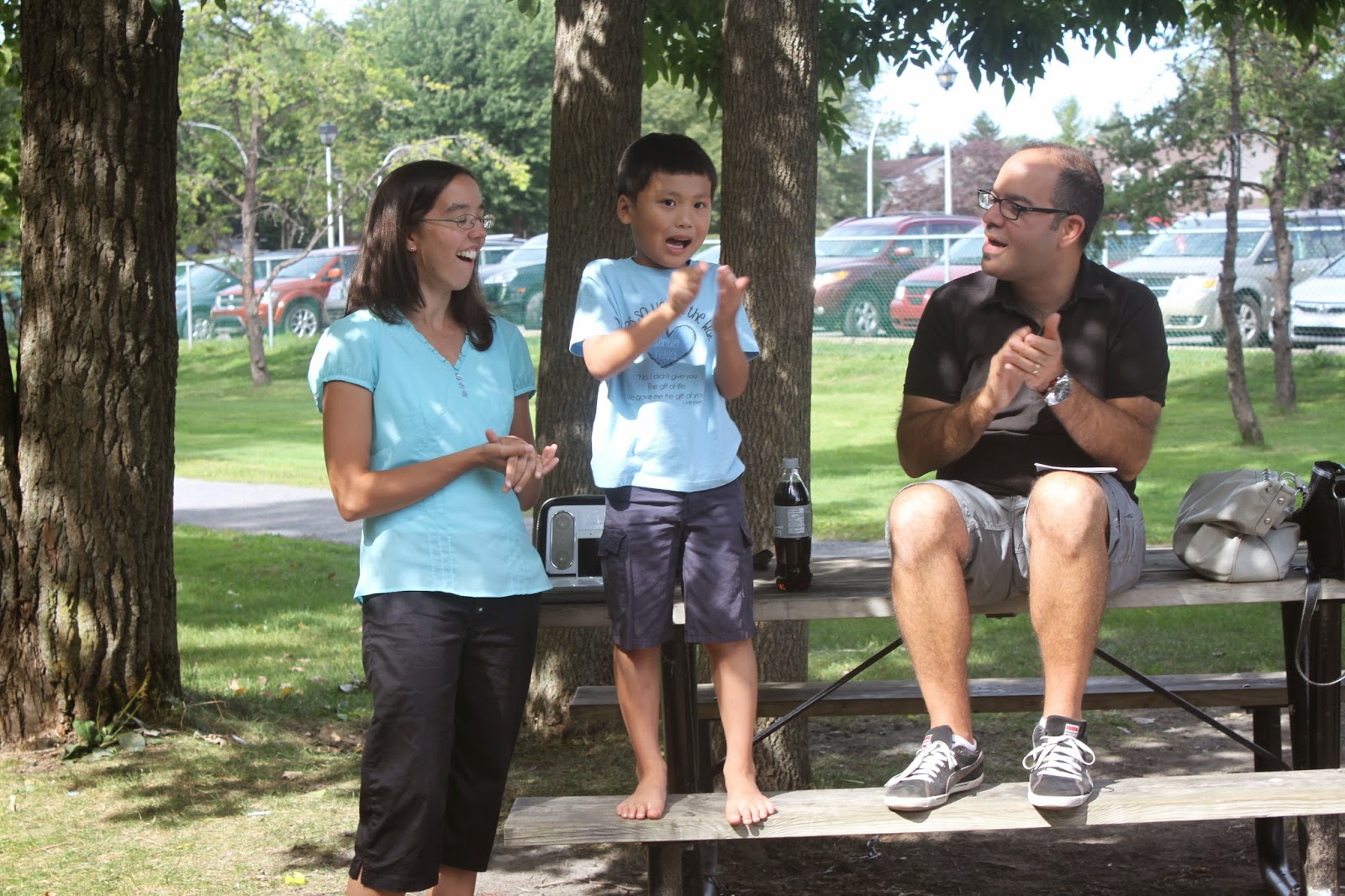 Then Samuel and I sang 'our song'. If you haven't heard Not For A Moment (After All) by Meredith Andrews I encourage you to listen to it here - it's pretty much the story of the last five years of our lives. 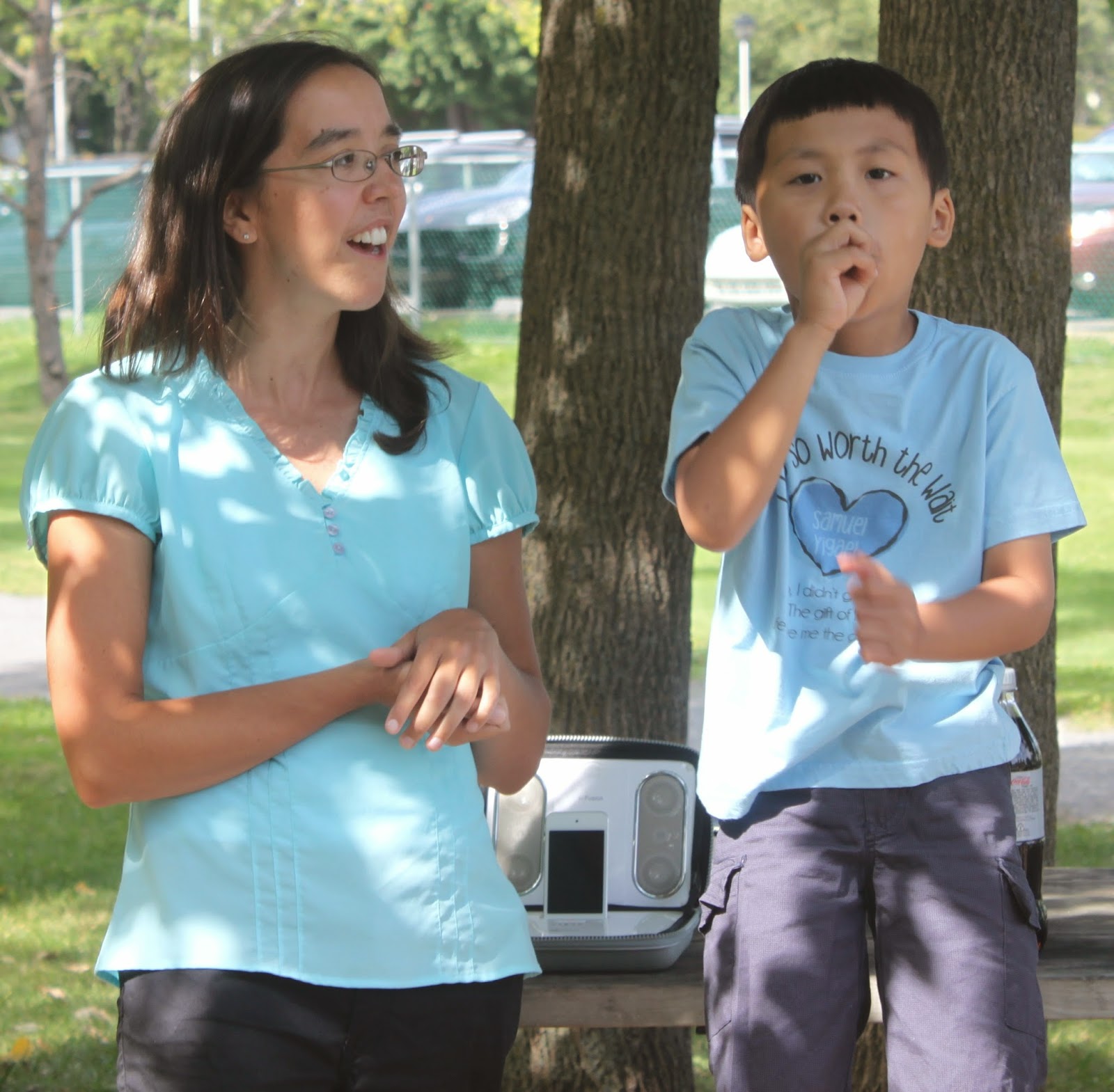 It was a simple yet beautiful ceremony and I am so grateful to everyone who made it out to celebrate with us and for the roles you have played in Samuel's story and in our lives. 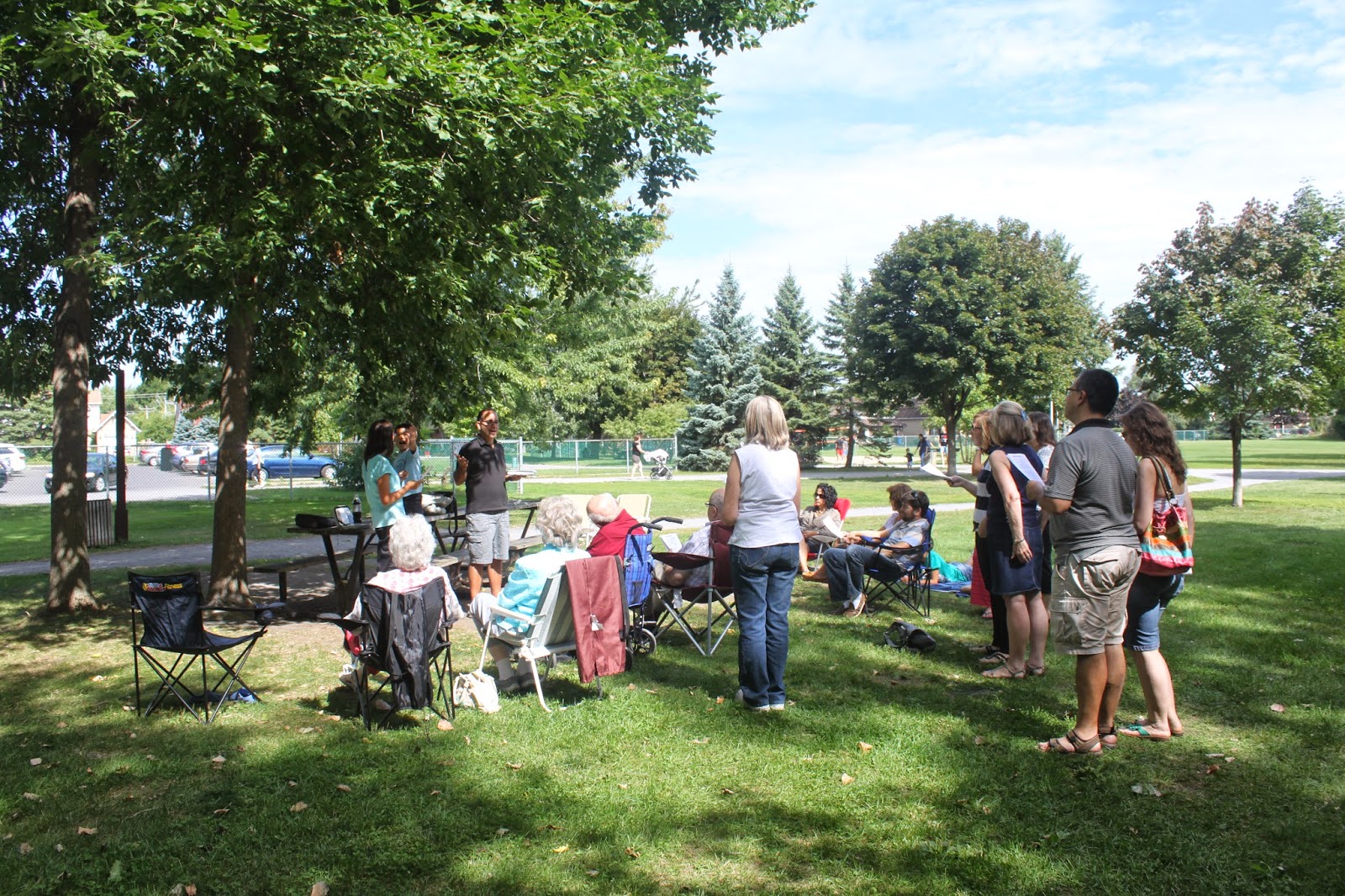 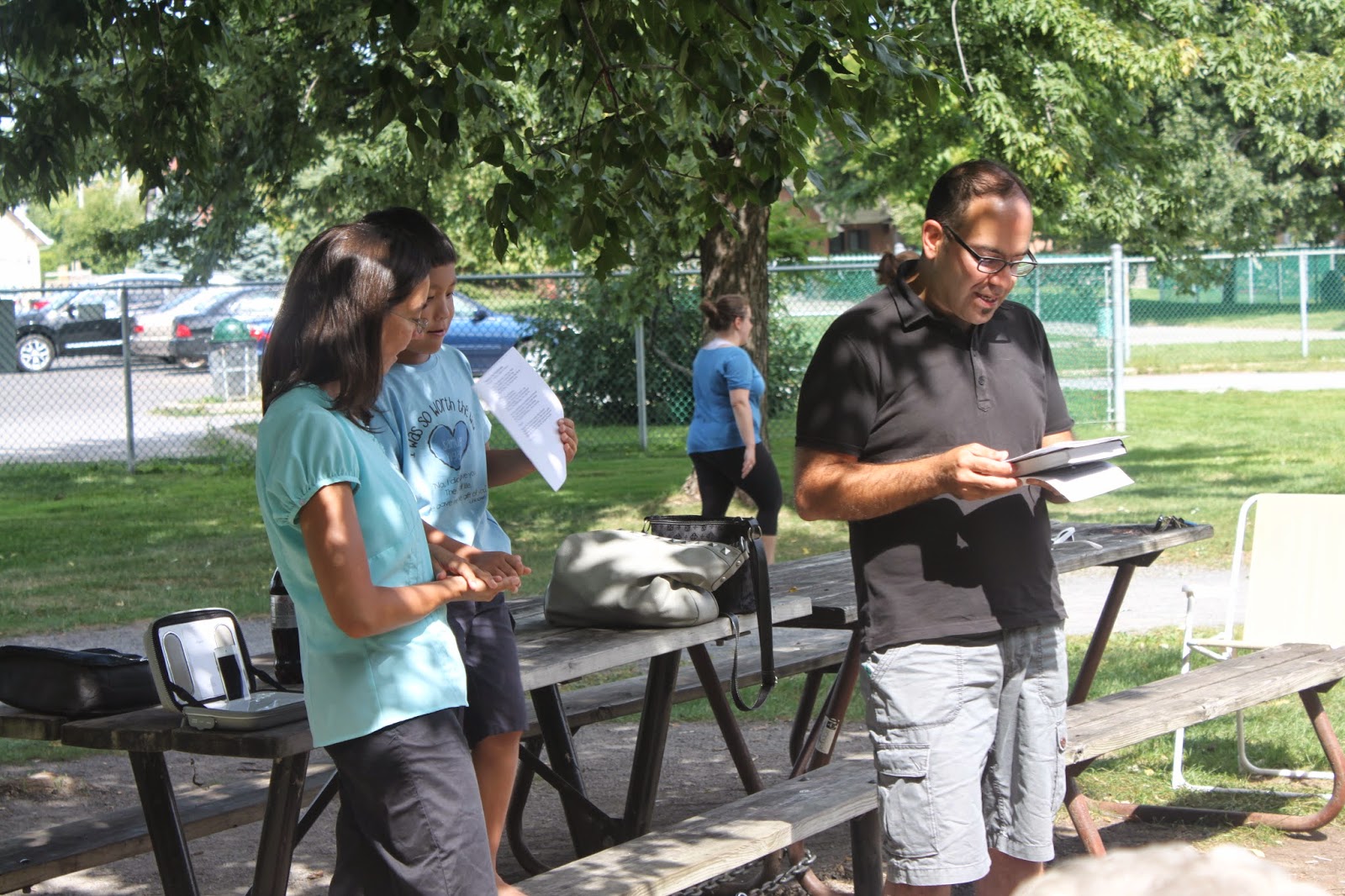 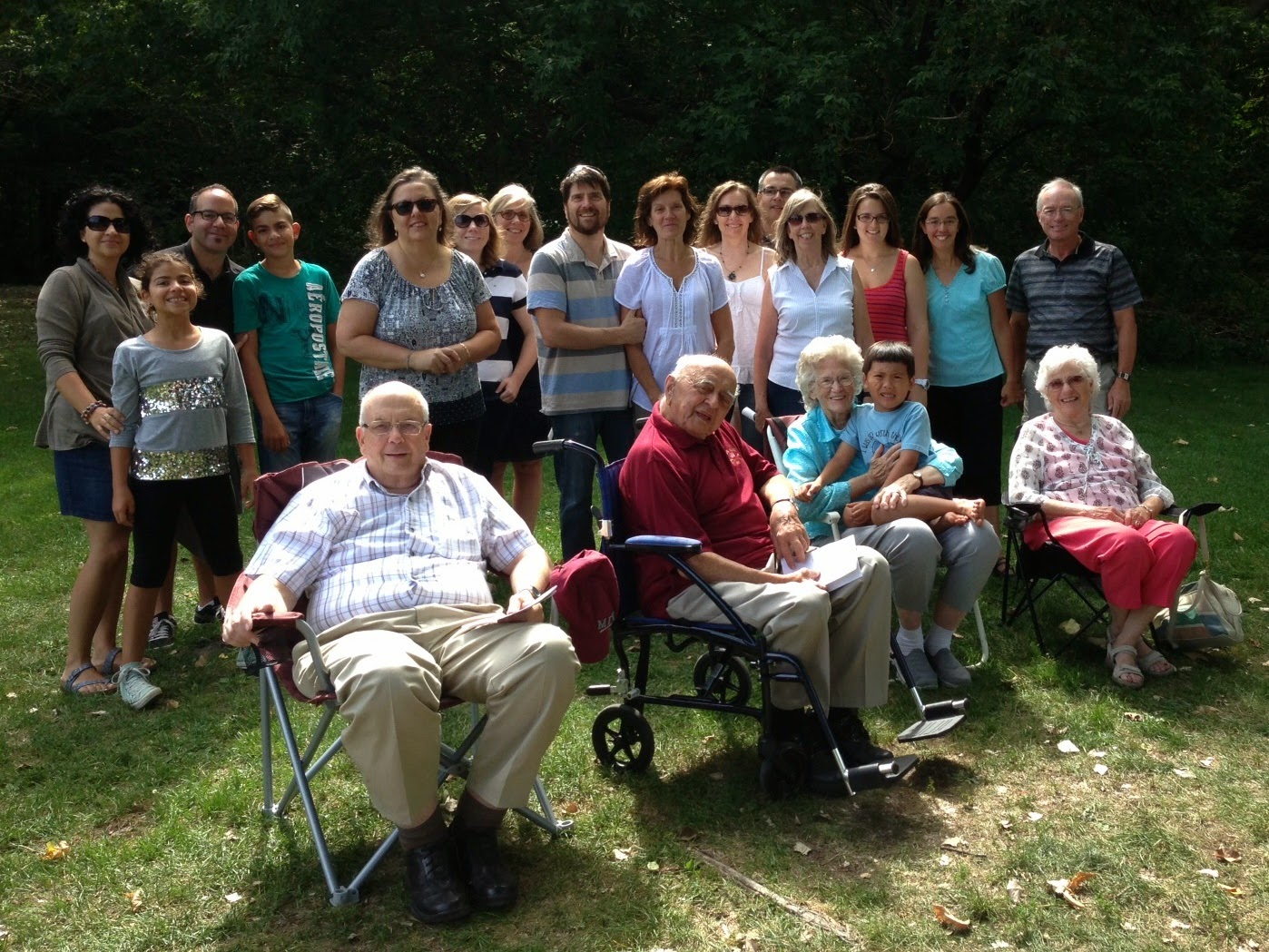 After the ceremony it was... party time!!! 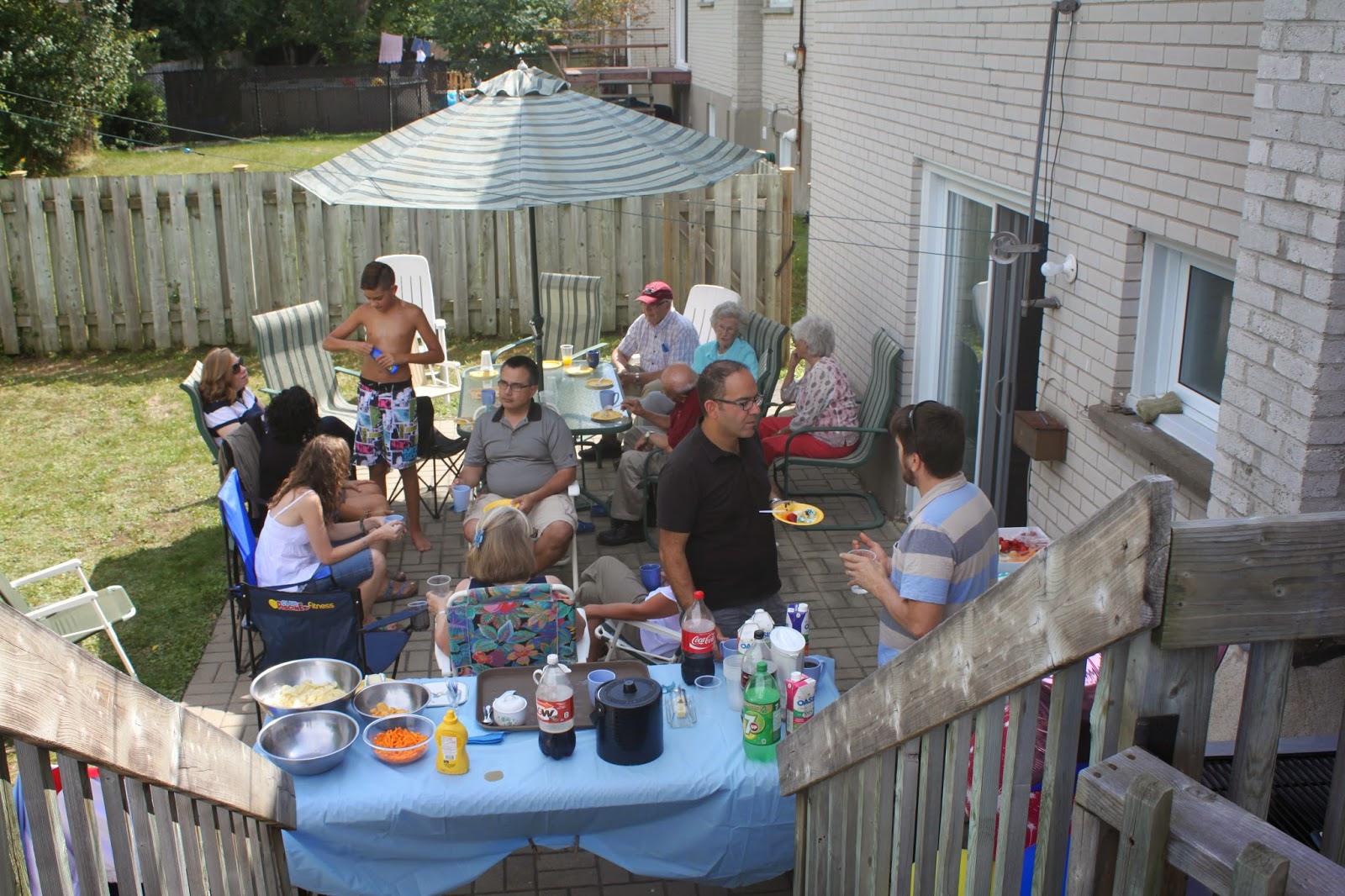 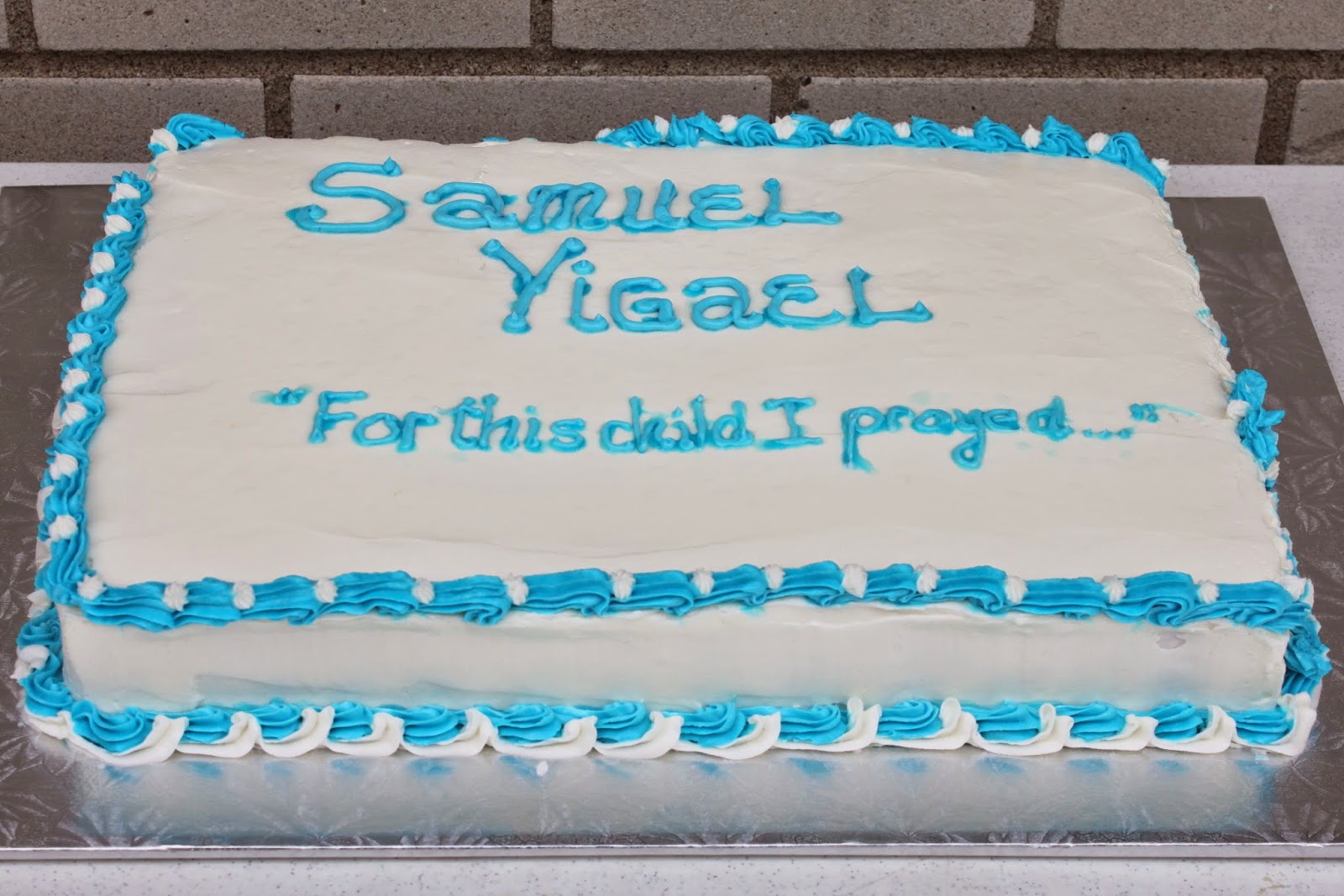 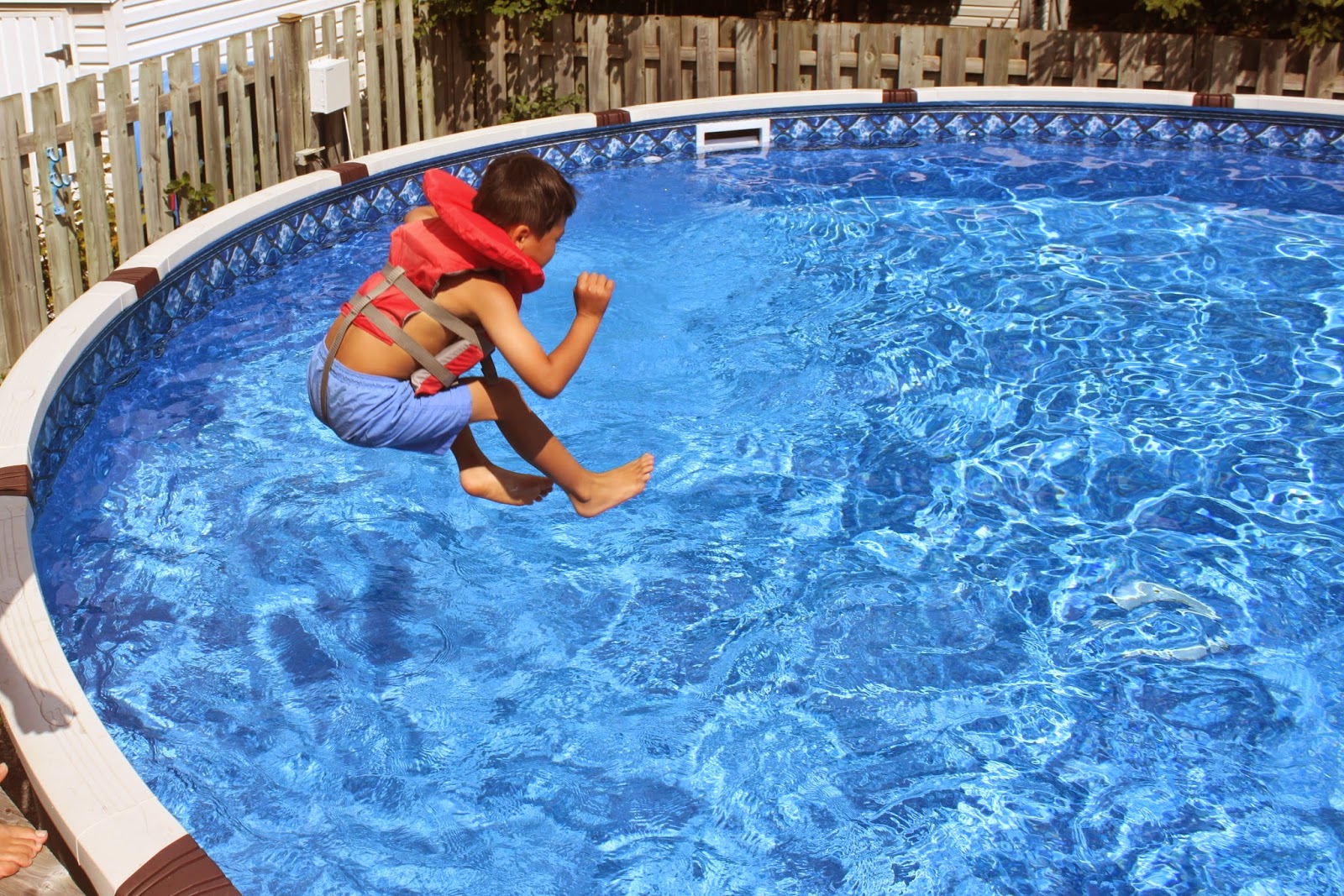 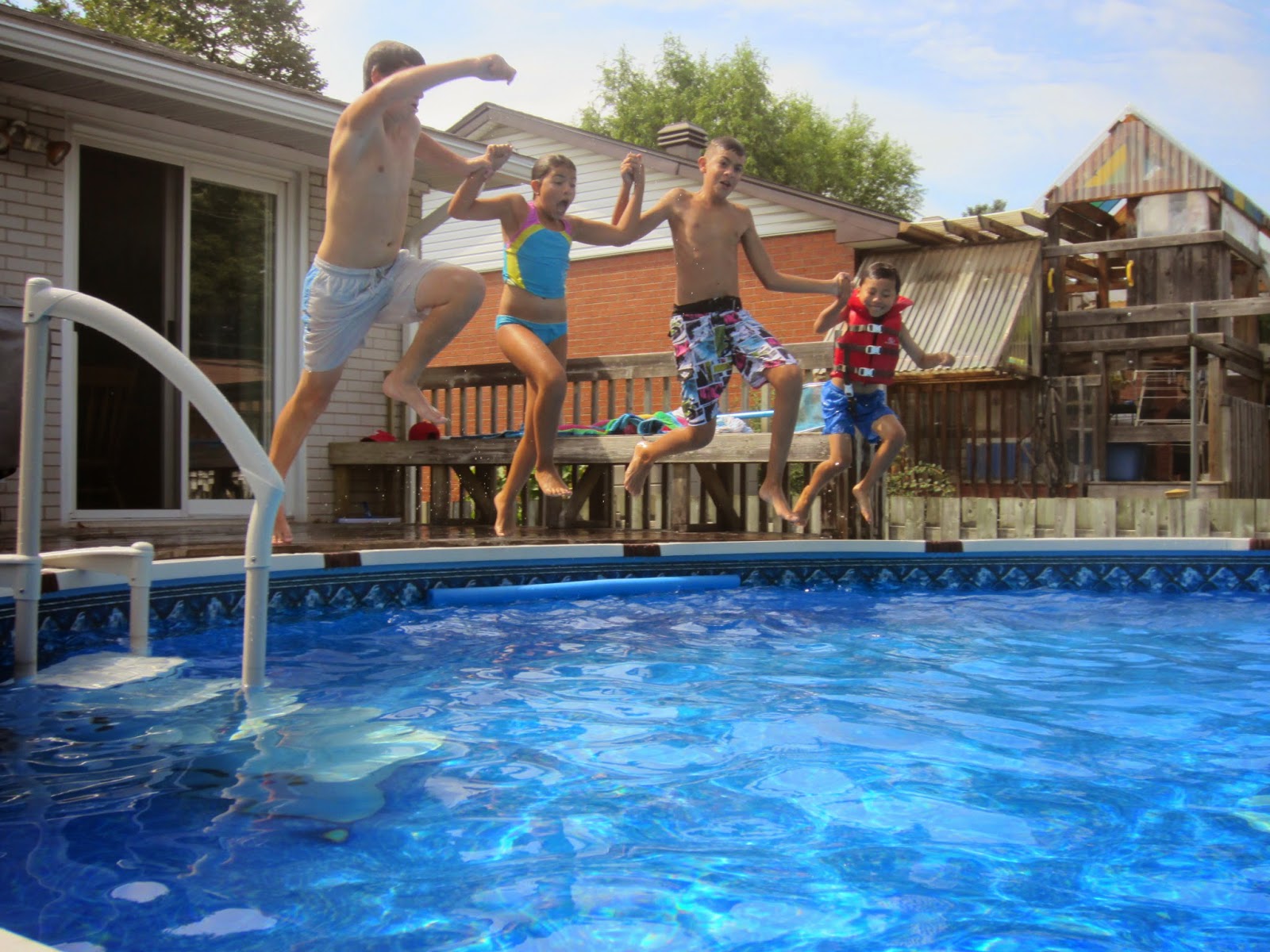 It was a beautiful day from start to finish. Wow. One year.
Thank you God for all You've done, all You're doing and all You've yet to do.
Your redemptive work in my son's life is breathtaking.


p.s. In honor of this special day, family and friends donated towards 'Korbin' on Reece's Rainbow...
Korbin and Samuel are the same age and share a love of food and music, along with a diagnosis of autism.
We are praying that one day Korbin too will know the love of a forever family... Could it be yours??? 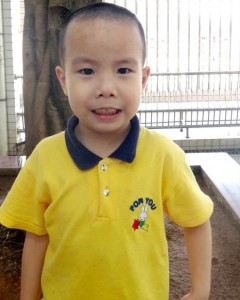 It was supposed to be the day we officially became mother and son... Instead, it became something so much greater. It will forever go down in history as one of, if not the greatest day of my life. I've dubbed it 'Miracle Day' because there is simply no other explanation for what happened that day other than it being an answer to five years worth of prayers. There is no way I could summarize the events of that day or all the emotions that were wrapped up in them so instead I invite you to go and read my first hand account again (or for the very first time!). 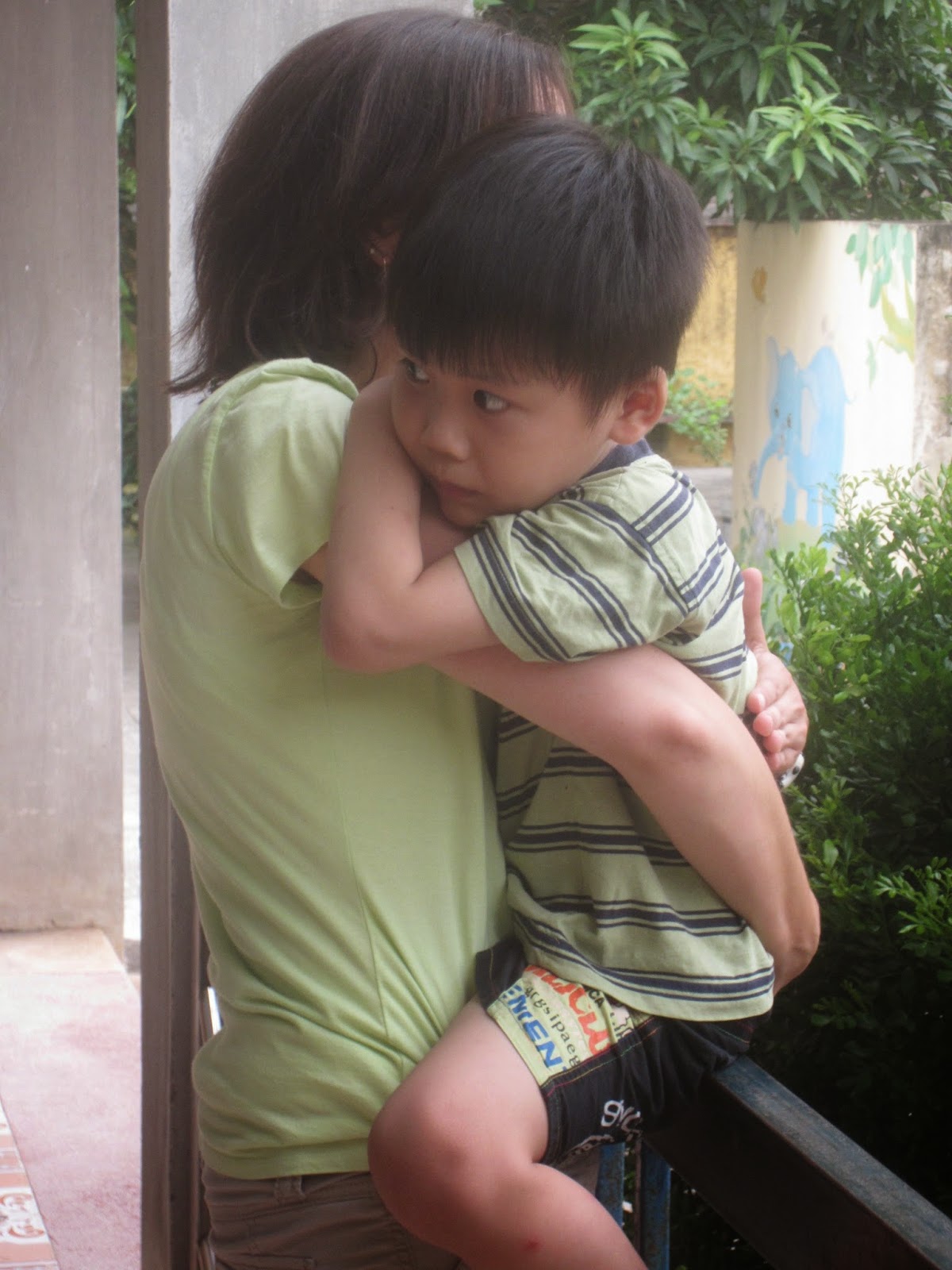 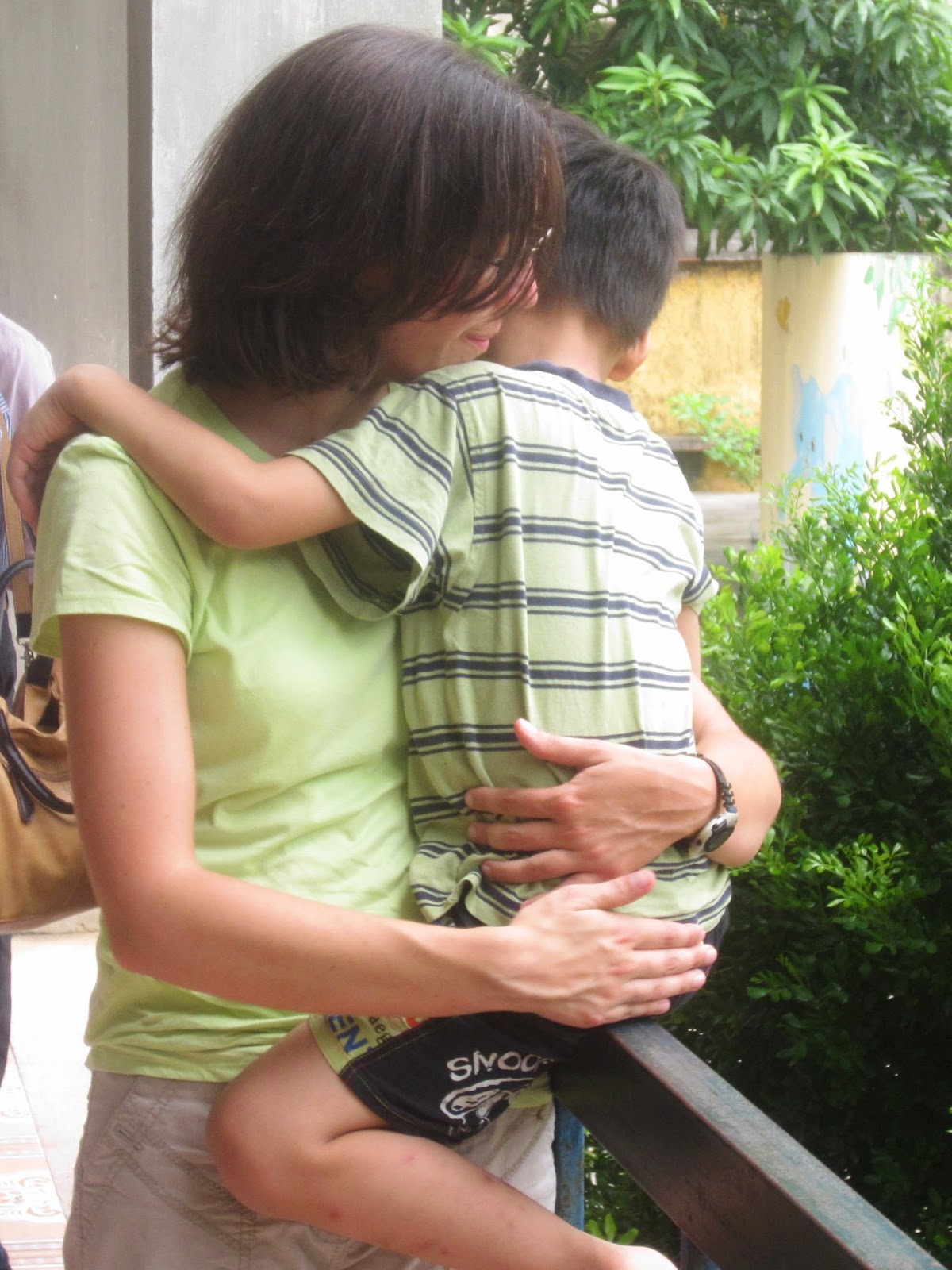 Remembering today and thanking Him once again for doing what only He could do...

Posted by andrea at 9:58 AM No comments:

One year ago today... I met my son for the very first time! 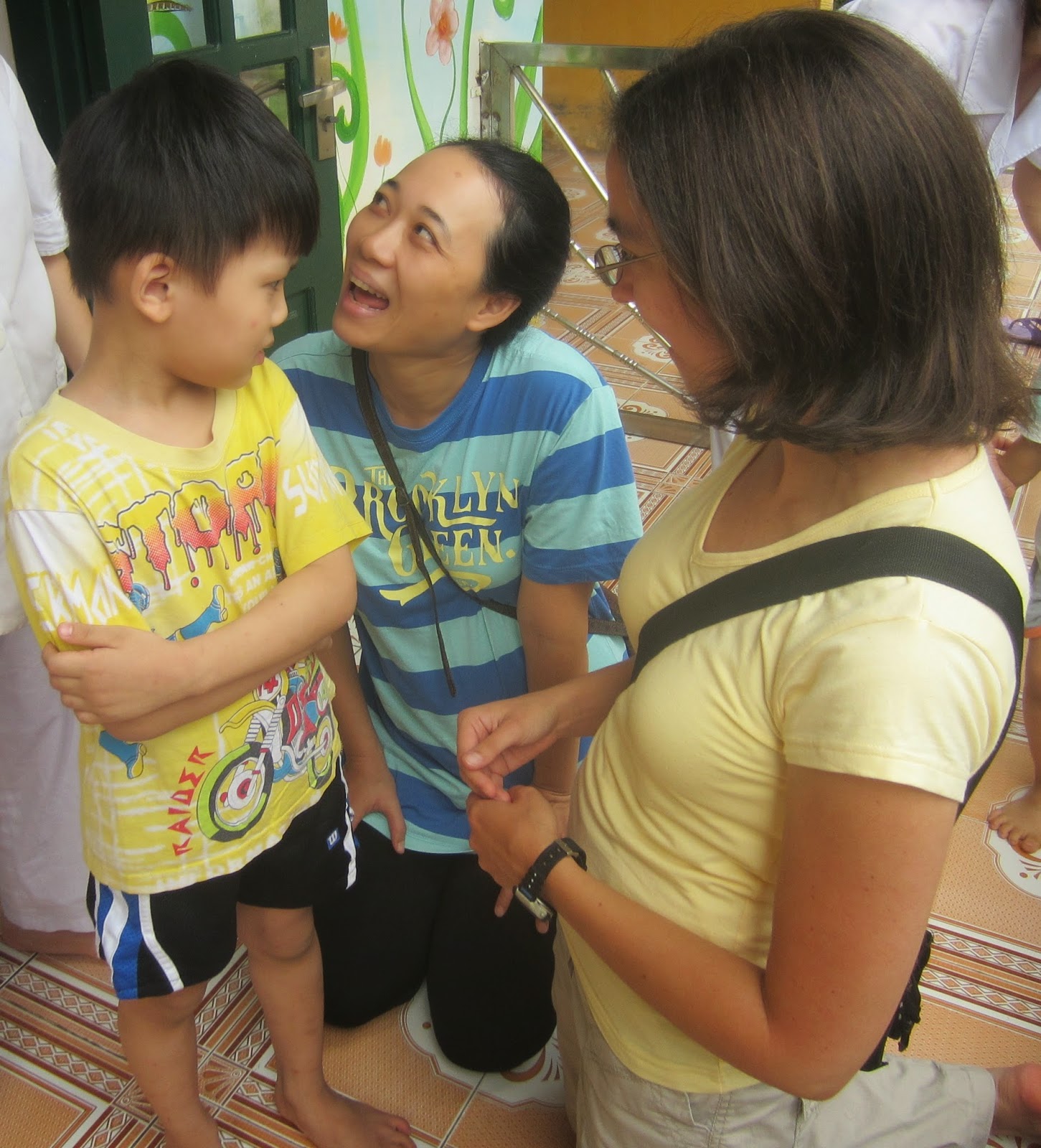 He was cautious, reserved, overwhelmed, undoubtedly confused and most likely terrified. 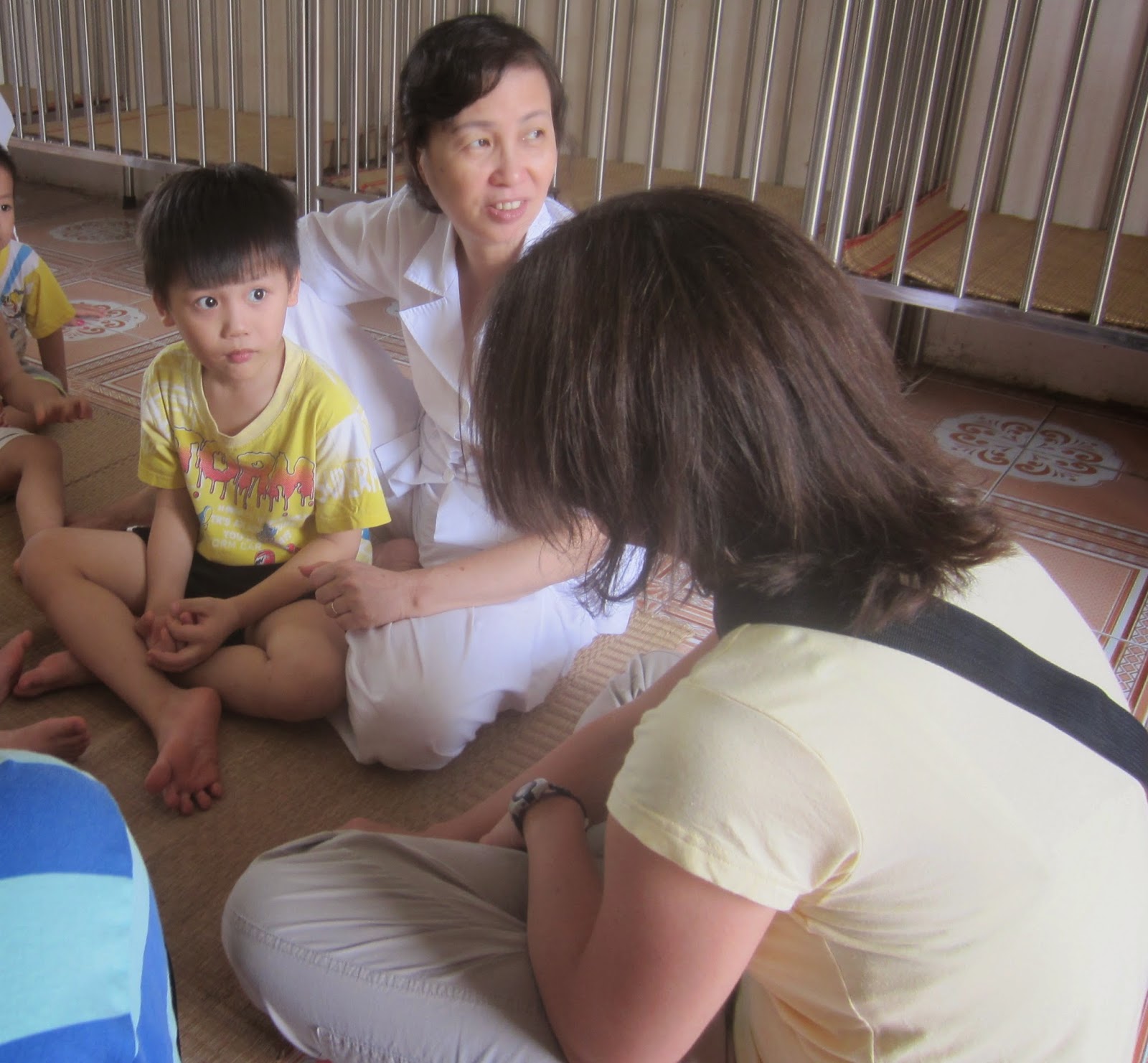 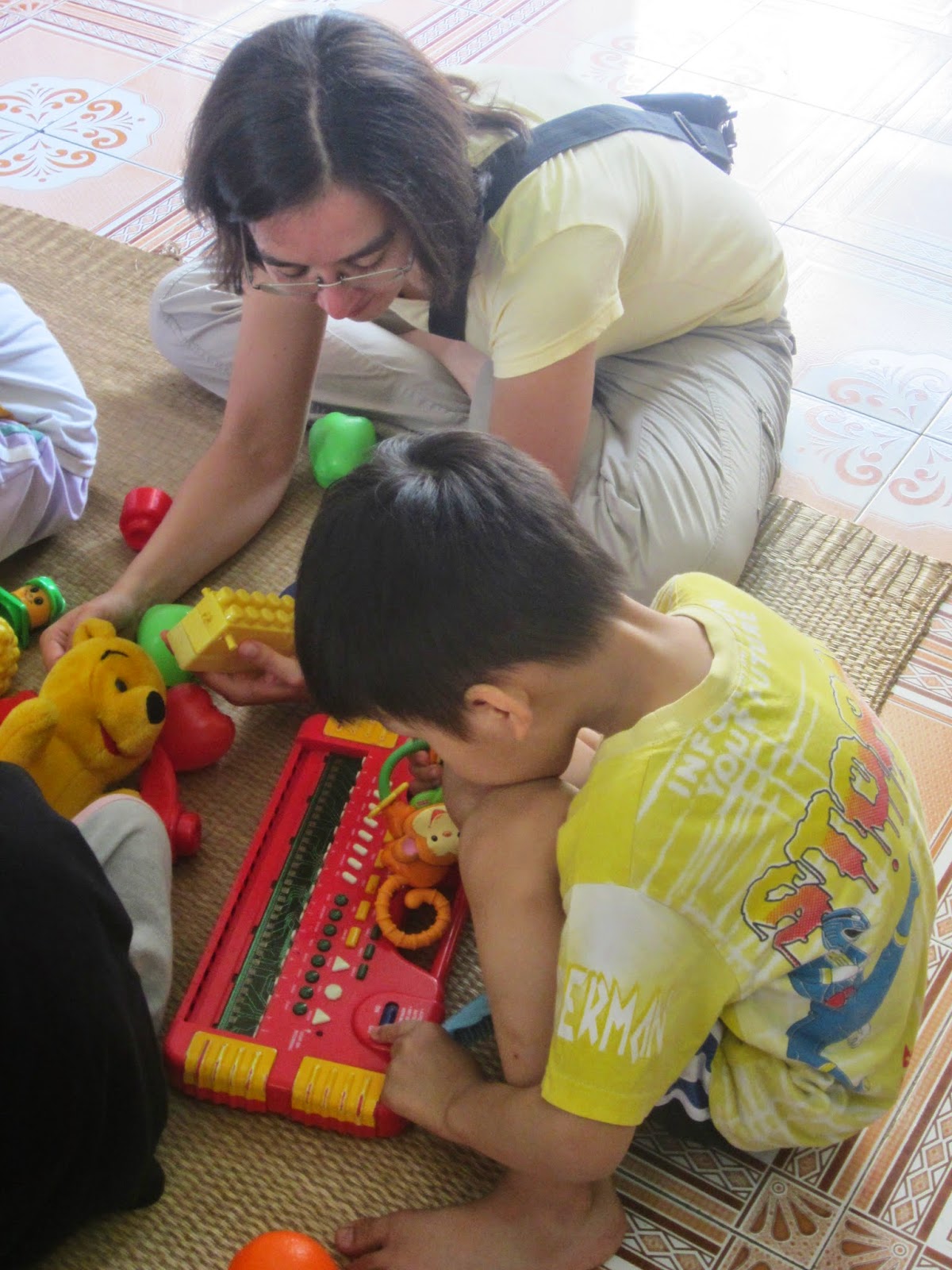 As for me, I was convinced, determined, captivated, totally and completely enamoured
(and also a little scared/overwhelmed!). 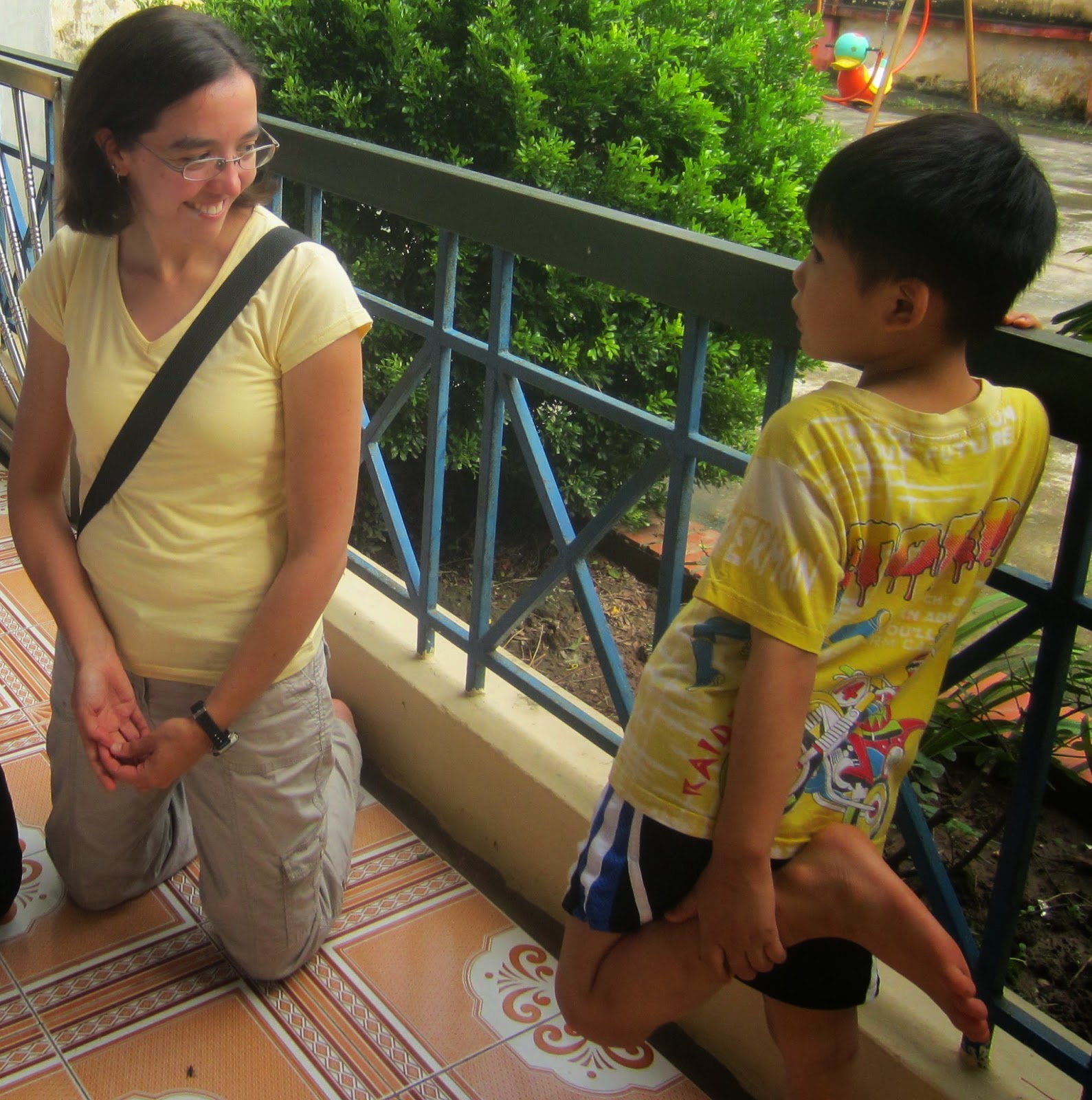 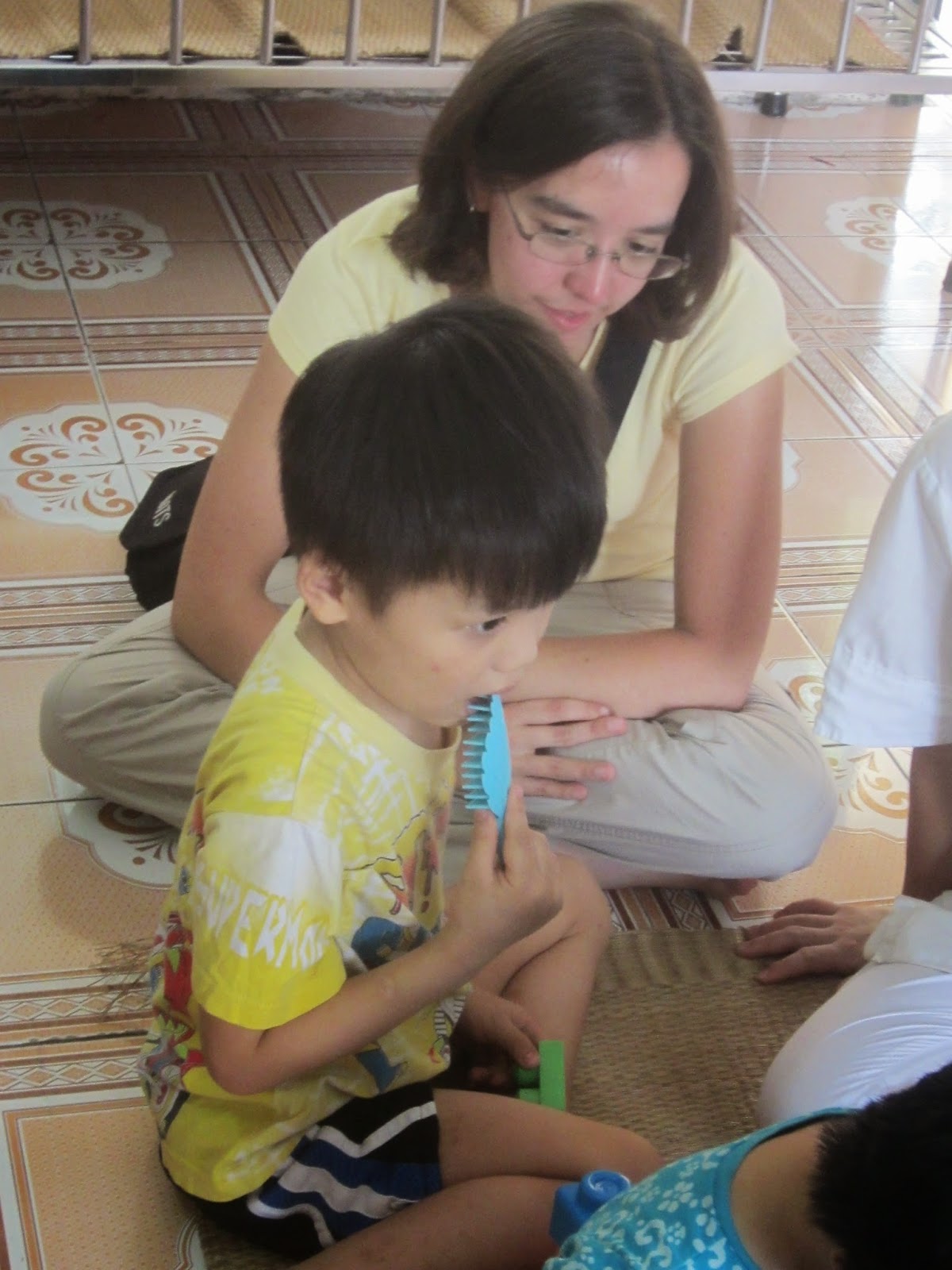 Although nothing was official yet, in many ways it was the first day of the rest of our life together
and definitely one worth remembering :) 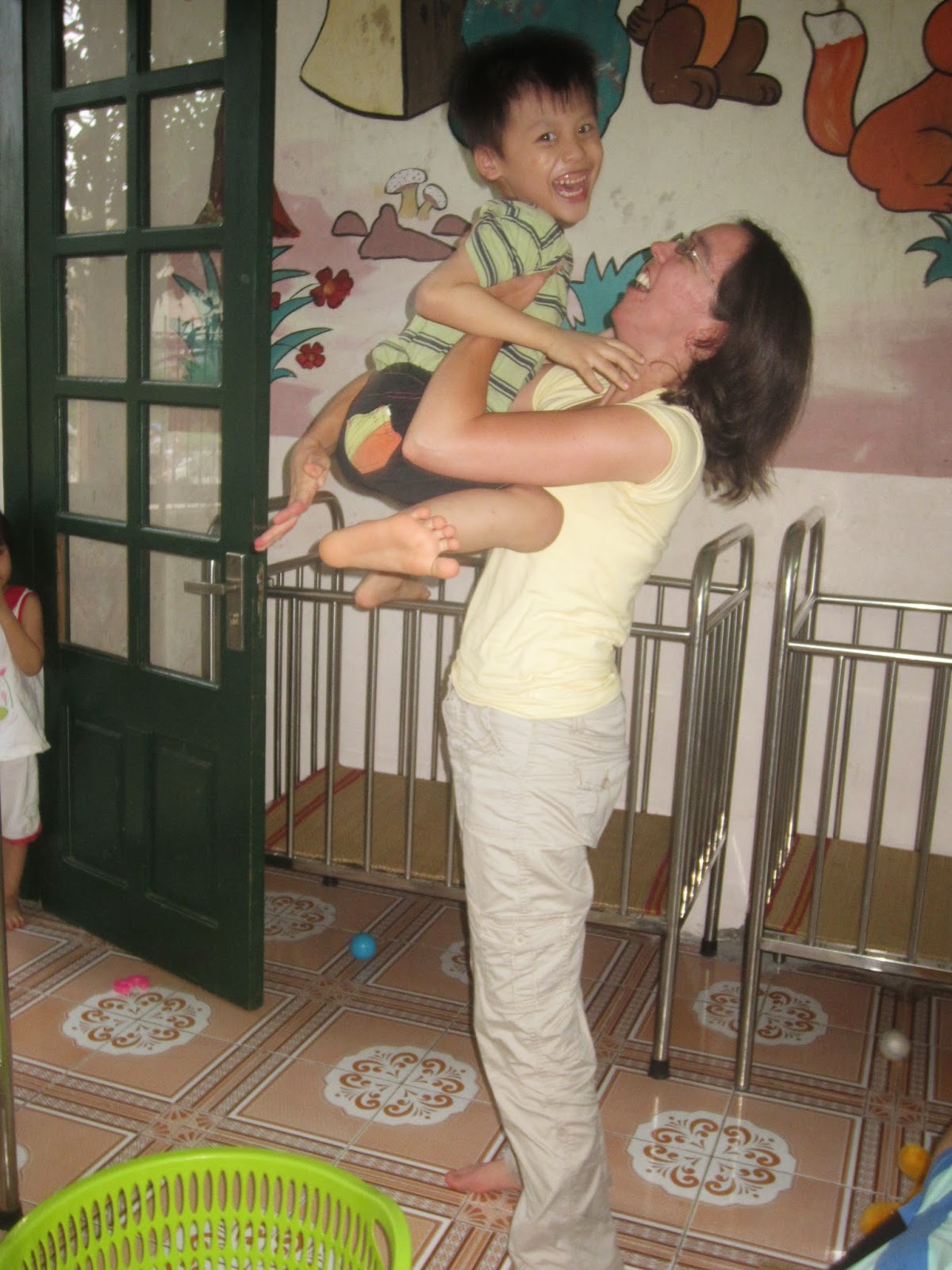 One year ago today...

I embarked on a journey that would forever change the rest of my life.
I left Montreal bursting with expectation, nervous yet confident... 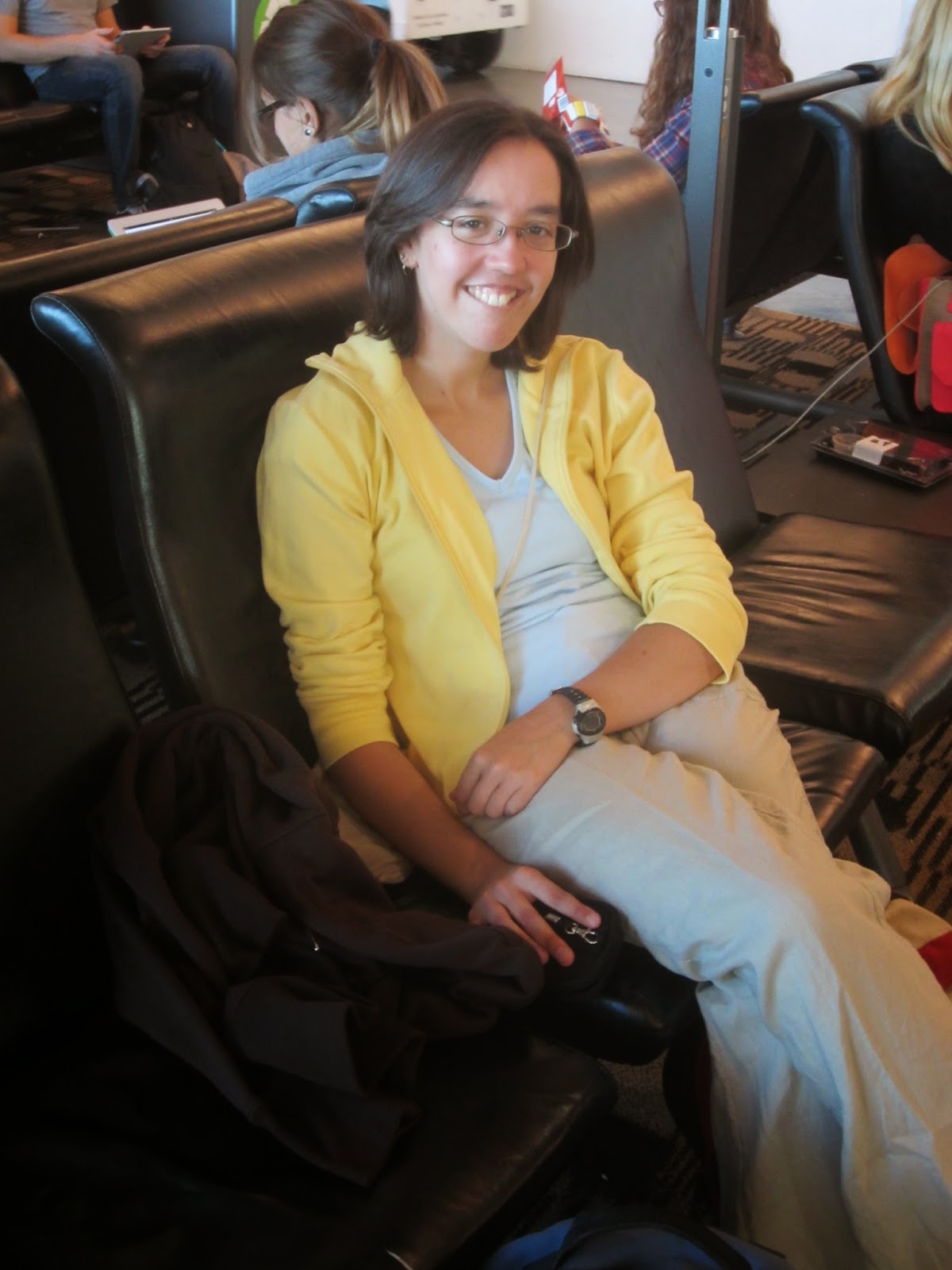 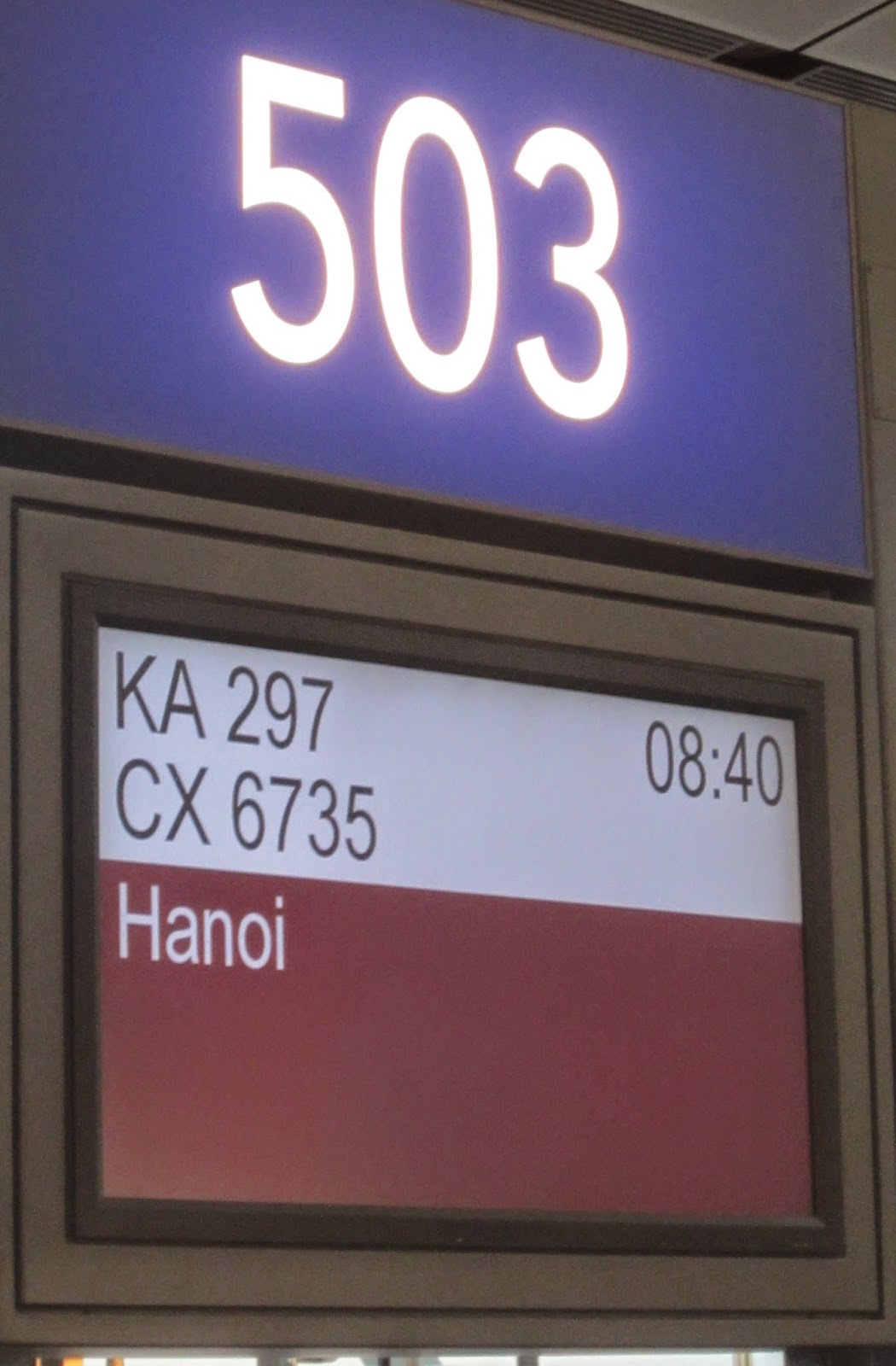 And I came back three weeks later... a mom. 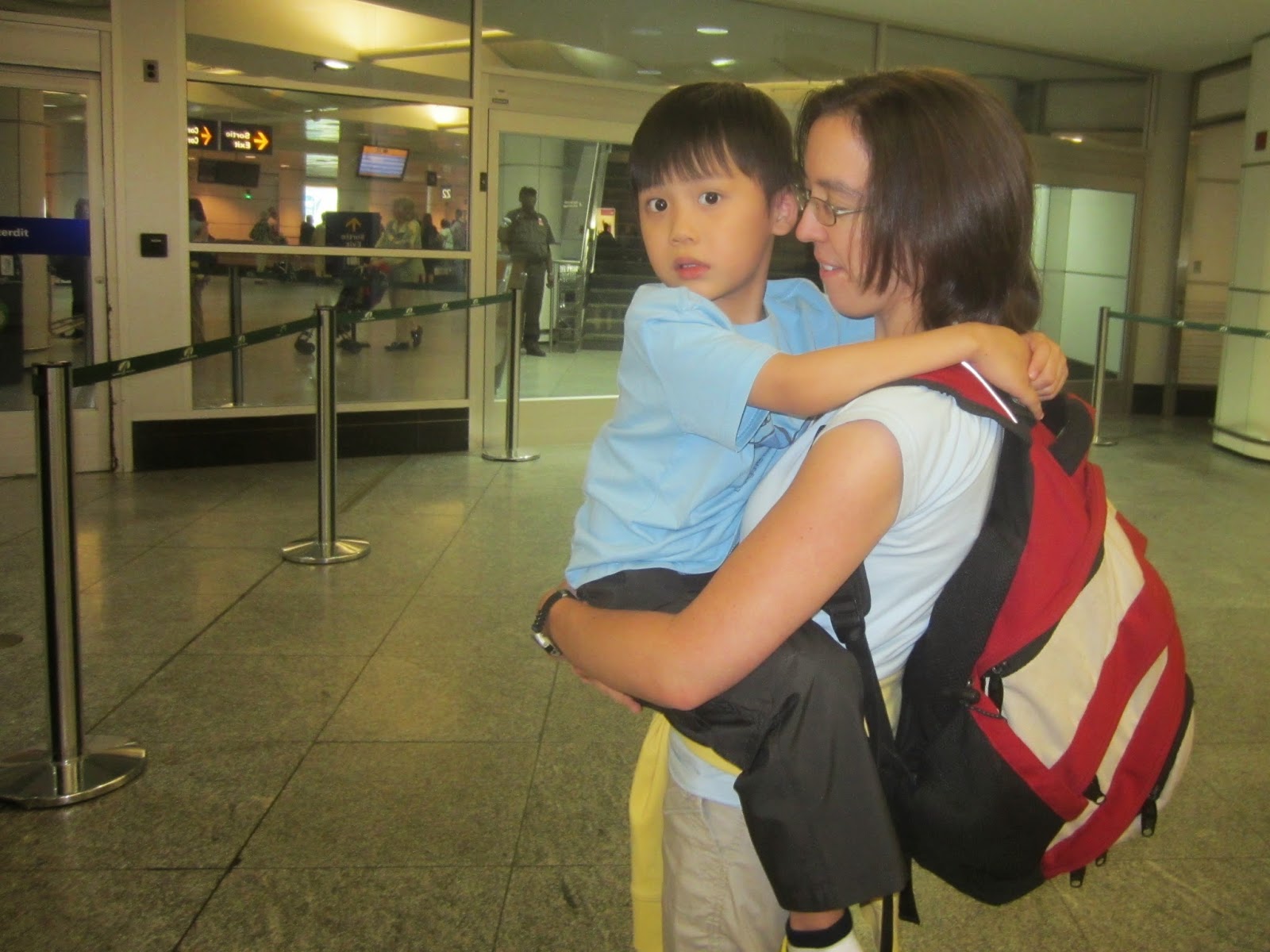 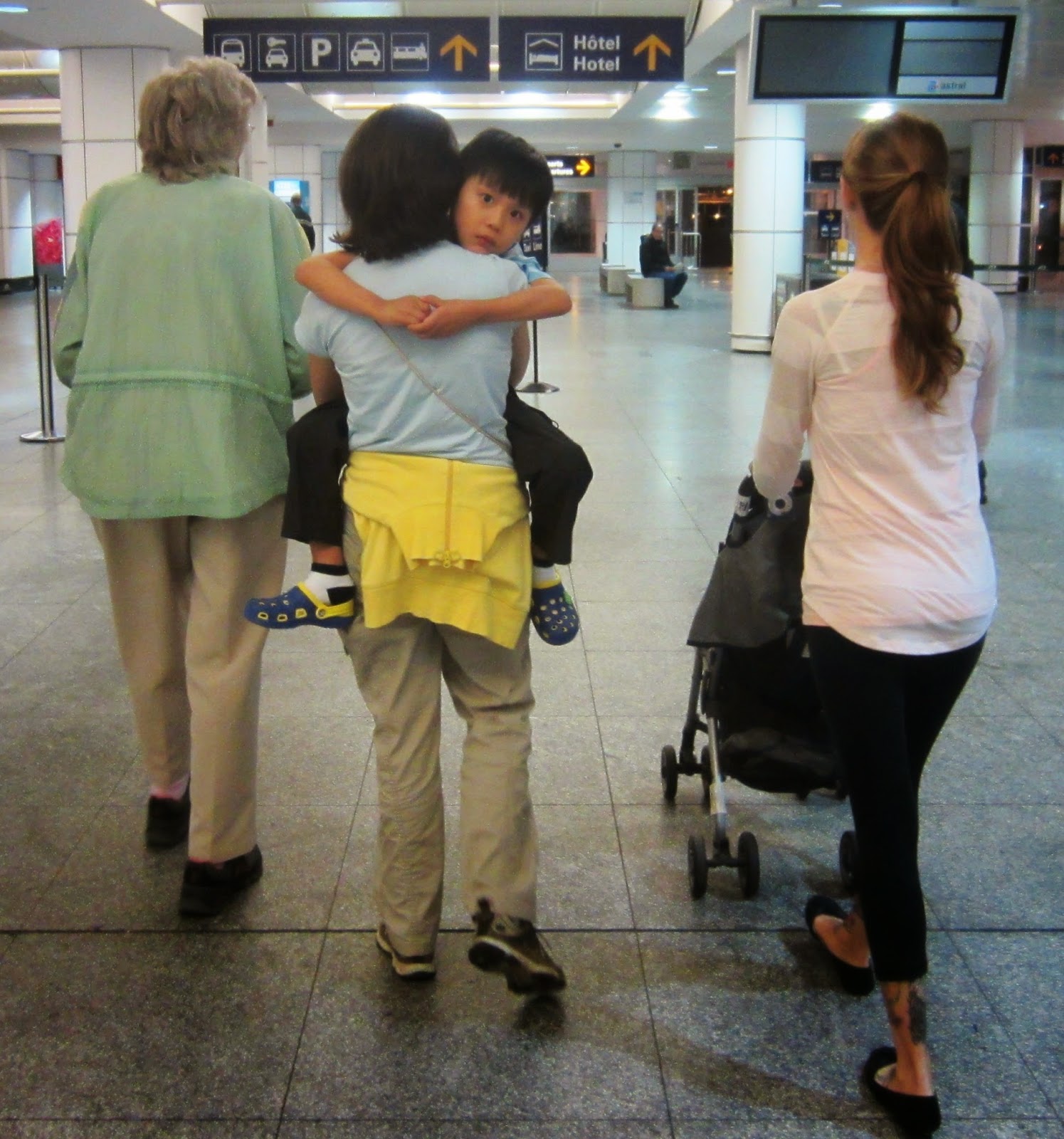 Whether you're new to my blog or you followed along daily while I was in Vietnam, I invite you to join me over the
next couple of weeks as I take a trip down memory lane and remember all the excitement of meeting my son, officially
becoming his mom and bringing him home... Truth be told, it feels like a lifetime ago but I guess, in some ways, it was!
Posted by andrea at 10:54 AM No comments:

It's happened. My sweet five-year-old has reached the infamous "why" stage. It started about a month ago and ever since then it's a question I hear countless times a day. Most of the time it's the same rather pointless questions again and agaibut today it sparked something so cute, so impressive that I had to write it down because I never want to forget it.

Here is a glimpse of our conversation at the park this afternoon...

SAMUEL: "God in the airplane make the sky blue." (while waving his arm in a painting motion)

Ok, so we still have a ways to go as far as spiritual understanding goes but as for his understanding of abstract conceptualization (not to mention his use of language)... I think he's doing pretty good!
Posted by andrea at 10:43 PM 2 comments:

A Not So Small Acheivement

Today I became one of "those" parents... You know, the kind who sit in an audience and cry at something simple like their child's school concert. Now, let me start by saying that I have nothing against the parents who cry at the relatively insignificant events in their child's life (I could very well be one of those parents!) but what happened today was neither simple nor insignificant for my sweet boy.

Today Samuel was awarded the highest level of reading for his age category in our local library's summer reading club (just to be clear, as a pre-reader the award is based on the number of hours Samuel and I have read together; Samuel has not learned how to read... yet!). It may not seem like a big deal for most kids, but one year ago Samuel was aimlessly wandering the halls of his orphanage, completely disengaged. Six months ago he was unable to sit through a quick, simple book intended for toddlers. Today he was recognized for having read over 20 hours in the past six weeks! Not only that but Samuel walked up onto the stage, shook hands with the mayor while accepting his certificate/prize and stood waiting with the other children until a group photo was taken. After pretty much having to pin him to the ground during the magic show that preceded the awards, I wondered if I would have to go up on stage with him but I so wanted him to be able to do it by himself. So while the other groups went I coached him ("See how they're walking nicely? See how they're not running, screaming, jumping, etc.) and when they called his name he walked up proudly and blended right in with the rest of the kids - except for his beaming smile and quick wave to Mama :) Those of you parenting children with special needs know, we (parent and child) work so hard for these seemingly simple moments but when they come, the reward cannot be matched. I guarantee you, I was the proudest parent in that room today!

As mine and Samuel's first year together is coming to an end, I find myself thinking back often to that lost, wandering boy I met in the orphanage nearly one year ago. Never in my wildest dreams could I have imagined that he would blossom into the vibrant, bursting with personality little boy he is today... One thing I know for sure - there is no end to this boy's potential and I'm just blessed that I get the front row seat to see how it all unfolds.
Posted by andrea at 9:16 PM 1 comment: