My Homestudy - A Story Only God Could Write *part 2*

So, picking up from where I left off (if you have not yet read part one, please do so here)… I called my social worker back the next morning to schedule our next appointment and couldn’t help but ask what had changed. She didn’t really have an answer and I just took that as further confirmation that God was indeed at work. Over the next week I spent a lot of time in prayer, surrendering everything to God and again, asking that He would move in such a way that He would get all the glory. Over the course of the week I became excited about what God was going to do and by the time our next visit came, rather than being filled with fear and dread which would have been the natural response, I was literally bursting with confidence and expectation. My social worker continued to voice her concerns and then we got to the topic of my being single. We had already discussed this at my first visit and she stated that she regularly approves single mothers and that she has no problem with this. Her concern was that she felt that, given my age, I had “given up” too early. I had already explained during my first visit that I would love to get married one day but that if it never happened, I was ok with that too. Again, her concern seemed to be that I was skipping a step and she suggested that maybe I should take some more time to meet someone, get married and then adopt. I felt like I needed to address the elephant in the room and, with a quick prayer that God would give me the right words, I tried to explain the role that my faith plays in my life. She already knew I was a Christian however I acknowledged out loud that because this is something we do not share, there was a certain disconnect and I understood that it would be pretty much impossible for me to explain, in a way that she could fully understand, something that she has never experienced for herself. She allowed me to keep going and I explained how my life is centered around following God. I talked about the time when I was praying about whether God was calling me to be a full-time missionary in Ukraine and explained that, if God had said yes, I wouldn’t wait to meet someone, get married, etc. before going, I would just do what God asked me to do and trust that if He wants me to get married than I would meet that person while living in Ukraine. I went on to explain that right now, God is calling me to adopt and so that’s what I’m doing. If He wants me to get married than my adopting is not going to hinder that, but I’m not going to wait to get married before doing what God is asking me to do. That’s when it happened. That’s when she spoke the words that made the hairs on my arm stand straight up. After careful consideration she said, “So, it’s like you already have a partner”. Yes! I had to bite my tongue in order to keep from shouting it out loud! Never before had I seen someone so quickly grasp what it means to be in a relationship with God. And I didn’t have to tell her, she came to that conclusion herself. And not only was she ok with it, it actually eased her concerns. Only God could have done that…

After that, I knew that everything was going to be ok. Not only that, but I also knew that God was in this. You see, God told me when I was in Ukraine that He was bringing me home so that I could adopt children of my own. I have seen Him provide the perfect job and the perfect apartment but since I officially began this adoption process, I haven’t had any real confirmation from God. God’s Word is clear, we are commanded to care for the orphan, and I don’t believe we need a personalized invitation from God to step out in obedience to His command. Still, adoption is not easy and it helps to know beyond the shadow of a doubt that you are doing what God has asked you to do. Well, in that moment, I got the confirmation I was craving – God is in this.

My next visit went pretty smoothly as we discussed my values regarding parenting, etc.  At the end, we came back to my social worker’s original concerns and she told me that she was no longer concerned about those things. Her exact words: “I have realized that you are not alone”. It took everything I had not to fall on my knees right then and there. The words may have come out of my social worker’s mouth but they were God’s words, spoken straight to my heart: “You are not alone. I am with you.” If He could cause my unbelieving social worker to see this, then surely it is true. I am not alone. My God is with me.

So, there you have it. Last Monday I picked up the final, signed and approved copy, not a single word of concern or negativity in all ten pages. It was a story only God could have written and I’m so glad He wrote it just the way He did – I wouldn’t change a single word. And so I pray that God would continue to write our (mine and my child’s) story and that no matter what it takes, that He would continue to get all the glory. 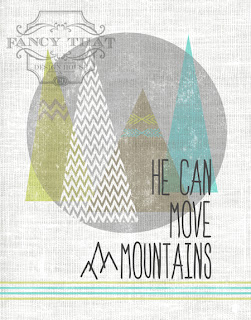 God is working in a mighty way for you to bring your son home. Blessings to you both!

Thank you for sharing Part 2, Andrea. This is a beautiful story.

What an amazing story! How exciting for you...stopping over from Linny's today.

Breathtaking story! I am so very happy for you and your new son! Congratulations and I'll be praying everything goes smoothly.

Wow. Just wow. I have chills. That's absolutely amazing Andrea! What an awesome God we serve!!

I see your FSP is up too, so exciting!!

Thank you for sharing, it encourages me in our faith walk.
Robin

What an amazing story only our Father could write! Stopping over from Linny's. Please let us know how we can give. Can't wait to share in this amazing journey!

That is so amazing how God softened your social workers heart, and has opened this door for you. So much of your story reminds me of me! I am Canadian and a single Mom. I spent a few years volunteering in Africa, and then felt very strongly that I was supposed to adopt (2 little girls in particular). So I moved to South Africa and now have three delightful gifts from God. My social worker had very similar issues with me when I applied to adopt my 2nd/3rd children (siblings), and I also explained how important my relationship with God was, and her response was, "Oh, so you're like a modern day Nun"! Hmmmmm, not exactly what I was aiming for, but sure, good enough :) Would love to chat, my email is shoshannadvd@hotmail.com

Praise the Lord! He is indeed working in your life & with you through everything. Congrats on the completed homestudy.

Completely amazing, Andrea!!! Only God! And who knows what kind of seeds you planted in her life too. SOOO happy for you!!! Congrats! :)

What an amazing testimony of God's hand at work! I just prayed for your social worker, that God would continue to open her eyes and use this to draw her to Himself.
~Jen