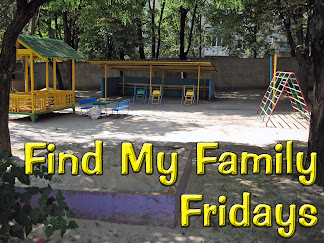 Last month I told you that I was working on an interview with a mom who adopted a little boy who reminds me in many ways of Igor (you can read more about Igor here, here, here, here and here). Today, I am happy to introduce you to Shelley, mama of 7 including four children with special needs adopted from Eastern Europe. One of Shelley’s children, Xander, is diagnosed with Autism and exhibits many behaviours similar to those I have seen with Igor. I want to make a couple of things clear though… First and foremost, every child is unique. Second, Igor has not been diagnosed with Autism and while he does exhibit autistic behaviours, these could be symptoms of an undiagnosed genetic condition and not a result of Autism at all. Xander and Igor are without a doubt different in many ways however I also see many similarities between them. That said, I thought it would be interesting to hear from a mother who is parenting a child with similar challenges as Igor. So, without further delay, allow me to introduce you to Shelley and her incredible son, Xander…
____________________________________________________

So there you have it, some of the challenges and the blessings that lie in store for the family that will be fortunate enough to call Igor their own. If you think that may be you, please don’t let Igor’s behaviours scare you away. More than anything else he is just a sweet little boy who needs to be loved. If you know that God is not calling you to be Igor’s family, would you help his family find him by sharing his story, donating to his grant fund and keeping him in your prayers? For more information or to donate, click here. 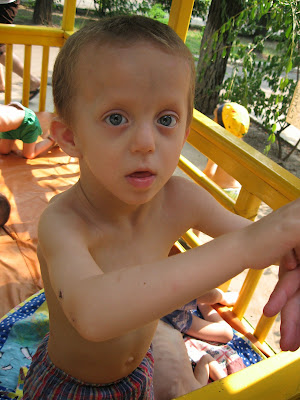 Igor is listed as “Brody” on Reece’s Rainbow;
in order to protect his identity, when sharing about him on your own blogs, facebook pages, etc. please use his Reece’s Rainbow name
Posted by andrea at 5:08 PM